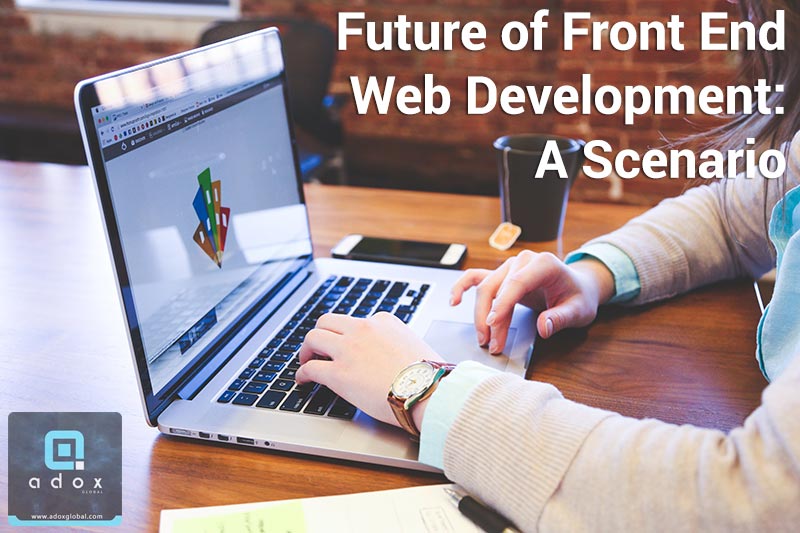 User expectations on the rise.

This sets the stage:

As fabulous as jQuery was for us, it’s over for new development. And I don’t just mean ES6+ has us covered now, but that’s true. We got ourselves into trouble by working with the DOM too directly and treating it like like a state store. As I opened with, user expectations, and thus complexity, are on the rise. We need to manage that complexity.

State is the big concept, as we talked about. Websites will be built by thinking of what state needs to be managed, then building the right stores for that state.

The new frameworks are here. Ember, React, Vue, Angular, Svelte, whatever. They accommodate the idea of working with state, components, and handling the DOM for us.Now they can compete on speed, features, and API niceity.

TypeScript also seems like a long-term winner because it can work with whatever and brings stability and a better editor experience for developers.

Style guides. Design systems. Pattern libraries. These things are becoming a standard part of the process for web projects. They will probably become the main deliverable. A system can build whatever is needed. The concept of “pages” is going away. Components are pieced together to build what users see. That piecing together can be done by UX folks, interaction designers, even marketing.

#The line between native and web is blurring.

Which is better, Sketch or Figma? We judge them by their features, not by the fact that one is a native app and one is a web app. Should I use the Slack or TweetDeck native app, or just open a tab? It’s identical either way. Sometimes a web app is so good, I wish it was native just so it could be an icon in my dock and have persistent login, so I use things like Mailplane for Gmail and Paws for Trello.

I regularly use apps that seem like they would need to be native apps, but turn to be just as good or better on the web. Just looking at audio/video apps, Skype has a full-featured app, Lightstream is a full-on livestreaming studio, and Zencaster can record multi-track high-quality audio. All of those are right in the browser.

Those are just examples of doing a good job on the web. Web technology itself is stepping up hugely here as well. Service workers give us important things like offline ability and push notifications. Web Audio API. Web Payments API. The web should become the dominant platform for building apps.

Users will use things that are good, and not consider or care how it was built.

#URLs are still a killer feature.

The web really got this one right. Having a universal way to jump right to looking at a specific thing is incredible. URLs make search engines possible, potentially one of the most important human innovations ever. URLs makes sharing and bookmarking possible. URLs are a level playing field for marketing. Anybody can visit a URL, there is no gatekeeper.

#Performance is a key player.

Tolerance for poorly performing websites is going to go down. Everyone will expect everything to be near-instant. Sites that aren’t will be embarrassing.

#CSS will get much more modular.

When we write styles, we will always make a choice. Is this a global style? Am I, on purpose, leaking this style across the entire site? Or, am I writing CSS that is specific to this component? CSS will be split in half between these two. Component-specific styles will be scoped and bundled with the component and used as needed.

#CSS preprocessing will slowly fade away.

Many of the killer features of preprocessors have already made it into CSS (variables), or can be handled better by more advanced build processes (imports). The tools that we’ll ultimately use to modularize and scope our CSS are still, in a sense, CSS preprocessors, so they may take over the job of whatever is left of preprocessing necessity. Of the standard set of current preprocessors, I would think the main one we will miss is mixins. If native CSS stepped up to implement mixins (maybe @apply) and extends (maybe @extend), that would quicken the deprecation of today’s crop of preprocessors.

#Being good at HTML and CSS remains vital.

The way HTML is constructed and how it ends up in the DOM will continue to change. But you’ll still need to know what good HTML looks like. You’ll need to know how to structure HTML in such a way that is useful for you, accessible for users, and accomodating to styling.

The way CSS lands in the browser and how it is applied will continue to change, but you’ll still need to how to use it. You’ll need to know how to accomplish layouts, manage spacing, adjust typography, and be tasteful, as we always have.

#Build processes will get competitive.

Because performance matters so much and there is so much opportunity to get clever with performance, we’ll see innovation in getting our code bases to production. Tools like webpack (tree shaking, code splitting) are already doing a lot here, but there is plenty of room to let automated tools work magic on how our code ultimately gets shipped to browsers. Optimizing first payloads. Shipping assets in order of how critical they are. Deciding what gets sent where and how. Shipping nothing whatsoever that isn’t used.

As the web platform evolves (e.g. Client Hints), build processes will adjust and best practices will evolve with it, like they always have.

Get In Touch for Digital Marketing Services in Kerala, India